I attended the James Beard Foundation’s Taste America Chicago a prestigious ten-city tour across America where James Beard award-winning chefs design and prepare menus in support of up-and-coming chefs. The money raised at the Taste America dinners go in part to scholarships and education for upcoming chefs.

I had the pleasure of interviewing chefs Takashi Yagihashi, Thomas Lents and Jimmy Bannos Jr.

When speaking about his James Beard Award for Best Chef: Midwest, Chef Takashi said he felt lucky as there are so many great chefs in the Midwest and in the country. But that winning was also a recognition of hard work.

Chef Bannos shared his love of Le Pigeon restaurant and feeling honored for winning the James Beard Rising Star award as well as feeling so proud of his team.

For Chef Lents it was a real honor to host the dinner with, “The number of chefs and quality of chefs we have tonight. It’s a good group of chefs and we get to have a good time and it’s for a good cause.” When asked about up-and-coming chefs he said there were many but singled out Jake Bickelhaupt from 42 Grams in Chicago.

When asked for any advice for up-and coming chefs all three echoed the need to make sure you are ready to put in the time and sacrifice everything, don’t worry about the pay, find the best chef in your city and try to intern and make sure you know cooking is not just one year, not just a decade it’s a lifetime thing.

Here’s and insider video of the chefs and speeches.

There was a reception before dinner with hors d’oeuvres and cocktails. Every chef did an amazing job. My favorite was a tie between the beautifully presented and ultra rich Duck and Foie Gras Ragout from Dave Beran of Next and Takashi’s Takoyaki of Japanese Octopus. 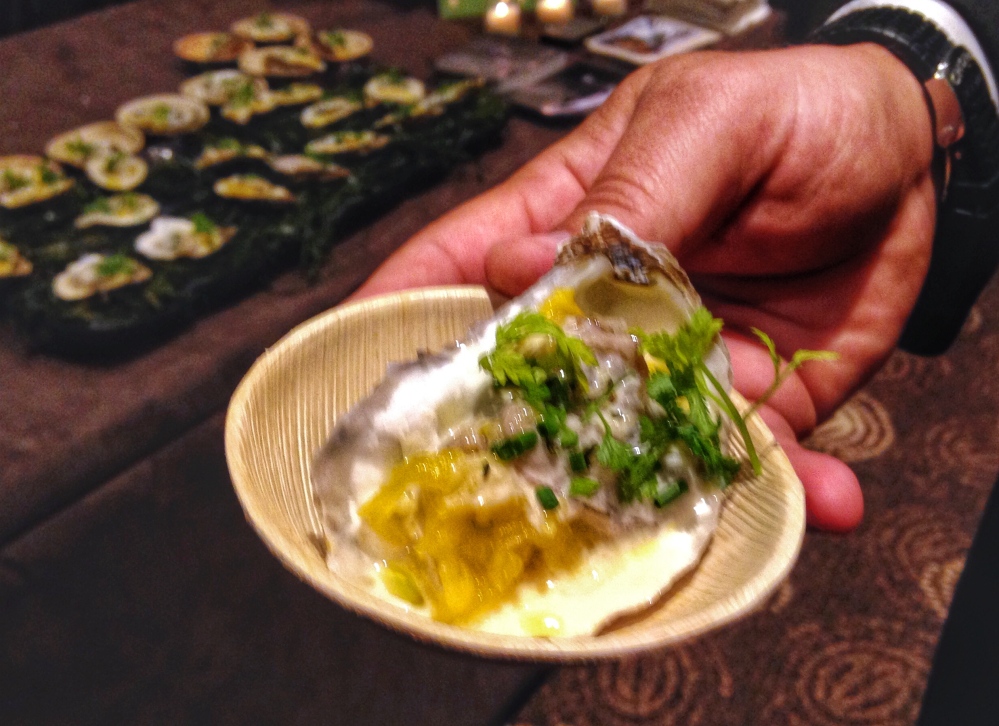 The four-course dinner was created by Grant Achatz (Alinea) and Sean Brock (McGrady’s, Husk) and it was a tour de force of flavors.

Checkout the Tastemade video of the food!

The Cured Trout and Roe, Charred Leek, and Brined Apple from Thomas Lents was my favorite dish. The trout tasted like it just jumped out of a lake and was balanced well with the fishiness of the roe and sweetness of the apple. Not to mention it was lovely to look at. Paired with 2012 Feudi di San Gregorio, Greco di Tufo. 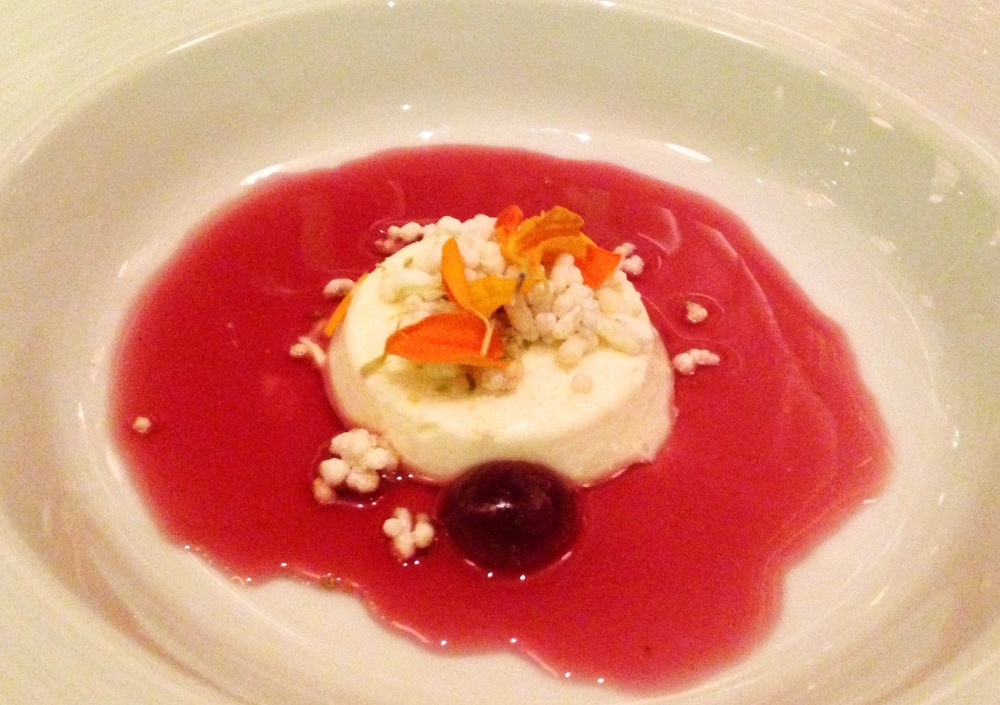